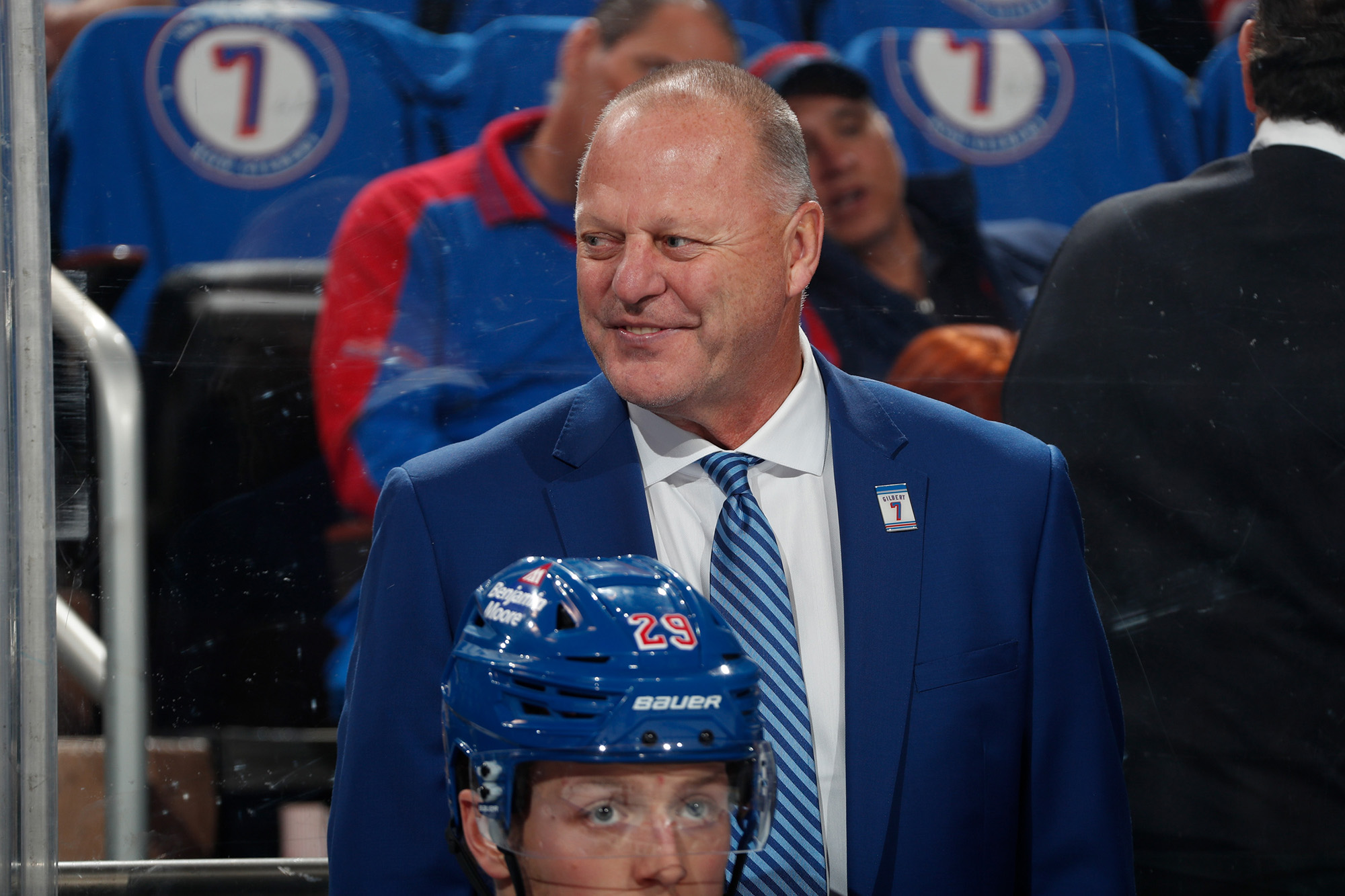 Sign up here to get Beyond the Back Page delivered to your inbox each weekday morning.

The Knicks finally put an end to a lengthy postseason drought last spring, and their co-tenants at Madison Square Garden are poised to do the same in 2022.

The Rangers sit atop the Metropolitan Division entering a key five-game road trip beginning Thursday night in Vegas. It will mark the first trip back to Sin City with another team for Rangers coach Gerard Gallant since he was dumped by the Golden Knights in January 2020.

The Rangers’ improvement in their initial season under Gallant’s tutelage has been consistent with previous coaching stops during his career, most notably fronting expansion-year Vegas to the Stanley Cup Final in 2018. He led VGK to the playoffs again the following season, albeit suffering a first-round loss to San Jose before getting axed with a 24-19-6 mark in 2019-20.

Rangers’ Ryan Reaves had a puncher’s chance, and he connected